Is it Possible to Chromecast Skype? There is no Cast option in the Skype application because it is not compatible with Chromecast. But wait, we can still Chromecast Skype on TV through screen mirroring. Check out below to know the step by step guide.

Skype is probably the most favored applications when it comes to Voice Over Internet Protocol (VoIP) services. The program enables basically you to send text messages or make calls to other Skype users through a computer or smartphone. People often prefer Skype for basic texting and calling purpose, since it’s free. However, the other features available on the platform are fairly inexpensive, which makes it reliable and economical at the same time.

Skype is also used on Smart TVs and Android TV sets by a lot of people to watch their loved ones live on Television. But, there are quite a lot of users who do not own a Smart Television as they’re pricey. Therefore, we’ve come up with an easy to guide that will help you to Chromecast Skype on your non-Android Television.

Chromecast Skype – How To Cast Skype to TV 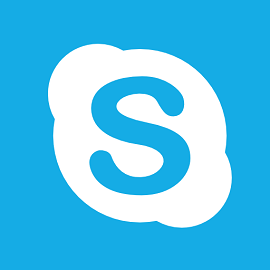 At this point, you might have already realized that Skype is compatible with devices that have a camera or a separate enabled. Since it’s not possible to install the Skype application directly on TV, you will have to rely on workarounds that are mentioned below.

You can cast Skype to your Television with the help of Chromecast, a device used for streaming/casting multimedia content over the internet. Using the following methods, you will be able to watch the other person Live on your TV. However, there are certain requirements that you must take care of before diving into the process.

Must Read – How to Chromecast Sky Go

Method #1:- Use Google Home App on your Android Device

Google Home is an Android App used for setups and managing your Chromecast and other devices. It’s recommended to use this app for casting purposes from ChromeCast to your TV.

Note:- Make sure to connect your Android device and Chromecast device connected to the same Wifi Network for the casting to take place. 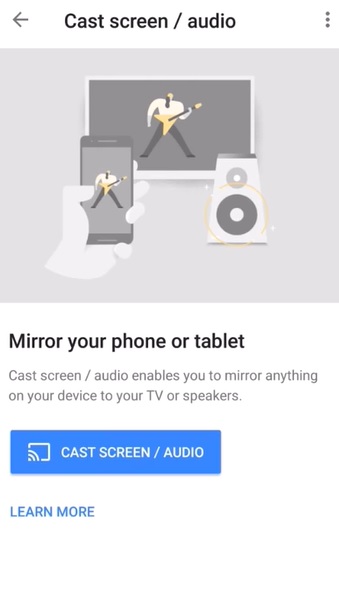 Now your Android device’s display will begin to cast to your television via Chromecast. Open the Skype app on your smartphone and initiate the video call to watch it live on your Television. In case of any delay or lag in casting, disconnect and connect your Chromecast again to reboot the process. This is how you can use Skype on Chromecast.

You may proceed with this method in case if you wish to use your laptop or computer to Chromecast skype to your Television. However, you will need a webcam with your PC in order to make video calls through Skype. 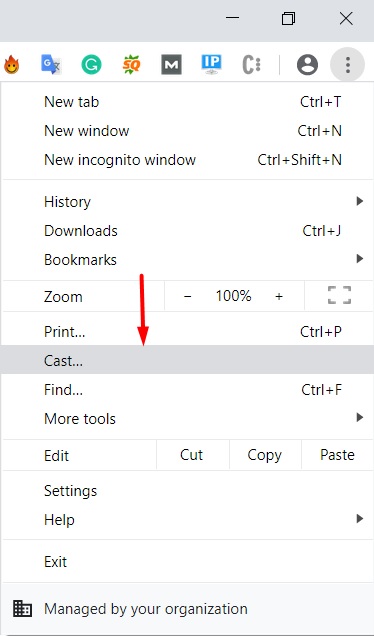 Once the connection is established successfully, you can start making the calls through Skype and it will be cast to your Television live. Make sure your PC and Chromecast is connected to the same WIFI network.

Q:-Are there any charges involved in the entire process?

A:- No, you don’t have to worry about the charges at all. However, Skype may charge you a certain amount if you would like to use to premium features.

A:- As of now, you will have to use your headphones to hear the audio using your Android phone and watch the video on your TV. Google might release the Audio casting feature in the future.

Q:- I’m facing delayed actions on my Television, How to fix?

A:- You’re likely to face delays or leggy screens in case of poor internet connectivity, Make sure there are no restrictions on your WIFI’s bandwidth.

Related :- How to Set Up Chromecast For Safari

Screen Mirroring is probably the only way to watch Skype video calls on your Television. You may proceed with any other casting Android apps for this purpose if you wish. But, make sure to follow other steps properly as mentioned in the article. Let us know in the comments if you face any issues.