Tiktok has evolved from just a lip-sync video sharing app to a whole market of creative content creators. While many TikTokers might do the lip-sync thing, there are many others sharing pranks, magic, and beyond.

With TikTok growing its market beyond expectation, there are hundreds of songs that become famous because of TikTok. Many popular artists today write songs just for the sake of going viral on the platform.

So, whether you like to admit it or not, TikTok has surely restructured the music you listen to and is creeping up to take over the music industry in general. In this article, we have put together a list of the 20 most played songs on TikTok.

First on the list is Old Town Road by Lil Nas X, which is also my personal favorite. Not just for TikTok videos, the song is equally good to listen to while you are on the road. The song was uploaded to TikTok and then the fame came after that.

The ‘Old Town Road’ challenge, also known as the ‘Yeehaw Challenge’ began at the beginning of 2019. Later on, Lil Nas X made up an entire song with the track which blazed on Billboard fast.

The video became so viral that the singer, Megan Thee Stallion herself posted a video on it to her Instagram account. Many other TikTok stars like Addison Rae and Charli D’Amelio have also made their version of the videos on TikTok.

Moreover, since the remix version of the song was launched, it has been used in over 600,000 videos.

Roxanne was having a pretty decent run on its own but got even bigger once TikTok decided to highlight it. Not just dance videos the tune of the “Roxanne” was used as a backdrop for all sorts of videos on TikTok.

From dance challenges to transition videos, Roxanne has been used as background music for pretty much anything and everything. As of dance videos, there are several dance videos performed by many artists and even celebrities.

Multiple members of the TikTok content creators’ group called the Hype House has uploaded their versions of the dance track.

Celebrities like Jessica Alba, Tyga, Charli D’Amelio have made some super cool dance videos to the track.

Have you seen the transition videos on TikTok where the performers change their outfits in a few jump shots t? Of course, you must have, these videos are always trending.

If you are wondering what song is in the backdrop, then here is the answer to it -Run Free by Deep Chills featuring Ivie. The particular beat drop became more popular in the backdrop than the whole song.

Besides the beat, the whole song also has a pretty decent vibe, and is fun to listen to – but you don’t need the whole thing for TikTok.

6. This is America – Childish Gambino

This is America is the viral anthem that is currently being used all over the world to protest the police brutality against black people.

Both black and white Americans are creating videos with the sound of Childish Gambino’s This is America to emphasizes the system’s oppression, racial unrest, and police brutality in the United States of America.

The 15-second videos contain several protest snaps with the song on the backdrop. Also, many artists pretend to be Ahmaud Arbery, George Floyd, and Stephen Clark who were the casualties of the police brutality, as they act out the whole scenario.

Doja Cat has been single-handedly transforming the TikTok world with her constant hit songs like “Say So”, and the latest one being “Boss Bitch”.

The track caught the eyes of TikTokers with the slow-motion videos, in which they compared themselves to be the glam bot shots of celebrities in the Grammy Awards.

The song became has today become one of the most used and most loved songs in TikTok, with several celebrities doing slow-mo videos on this track.

Supalonely is a super-trendy song that went super-viral due to its super-cool dance moves. All thanks to a teenage TikToker named @zoifishh who created catchy dance steps to this song.

After TikTokers like Charli D’Amelio and Addison Rae posted their share of the video, the song got even more hyped and crossed the boundaries of fame.

Besides the dance videos, the track has also been used for various other videos that made rounds on the social media platforms.

Additionally, the song also features some fun lyrics and a groovy beat that can make anyone want to dance on it.

Kesha’s Cannibal is one of those songs that suddenly resurfaced on the internet, and all thanks to the video-sharing platform, TikTok.

Other than the TikTok, the credit also goes to Briana Hantsch who ended up creating an awesome choreography to this song from 2010.

The dance moves are perfectly synced with the misandrist song and became very much popular among TikTok users.

Even, the singer herself gave a try to the dance, which was sufficient enough to prove the song was the next big thing in TikTok.

Kesha’ Cannibal is not the only song from the 2010s that made the rounds of the internet in 2020. After almost nine years after its release, Britney Spears’ Criminal also was on trending because of TikTok.

It was one of those songs that were very popular in TikTok, in comparison to the popularity during its release. Criminal instantly became one of the most played songs on TikTok as fans were simply in love with the “Mugshot Challenge”.

TikTok artists loved the main wordings of the song: But mama I’m in love with a criminal, and this type of love isn’t rational, it’s physical. People painted their faces to give it a criminal look and lip-synced line, which looked amazing.

Everyone has seen the “Staircase Shuffle Challenge” on TikTok, haven’t we? It is always on top of the trending page.

Not just the dance challenge became viral, but the background music was also one of the most popular songs played on TikTok. In the staircase shuffle challenge, TikTokers perform shuffle moves on a staircase.

If there is any celebrity who is actually dominating the TikTok world, it is Jason Derulo. The ‘Marry Me’ hitmaker does not only rule the heart of his followers with his amazing 15-second videos, but his songs are also popular on Youtube.

The newest track of Jason Derulo that went popular on TikTok is Savage Love that also featured Jawsh 685. The original track Laxed (Siren Beat) was created by Jawsh 685, which was having its very own viral moment in TikTok.

Talking about its popularity, the track is featured in one million video clips and that too in just one day.

The Renegade Challenge exploded on TikTok at the beginning of 2020. The challenge features several dance moves like Woah, the wave, and dab to the popular song Lottery by Atlanta-based rapper K-Camp.

It was originally created by a teen TikTok artist named Jalaiah Harmon, which was later on enacted by almost everyone. Many celebrities like Lizzo, Kourtney Kardashian, and YouTuber David Dobrik also performed the renegade challenge.

Released in 2019, the song Lalala by Y2K and Bbno$ became trendy as it could be used in various videos. From dance trends to transition videos, the song was used in almost everything.

However, the song was most often used in the “Hand Emoji Challenge” which was basically replicating all the hand emoji shown in the mobile screens in the same order as shown on the screen.

The hand challenge is itself a tricky one, and when it is mixed with Lalala, it becomes way trickier.

After the release of Cardi B and Megan Thee Stallion’s bop, choreographer Brian Esperon created a great dance challenge for the track, which quickly went viral on TikTok.

The fast-paced and joyful dance moves streaked toward the viral status the next day, and among many admirers was Cardi B herself. Currently, a lot of people are trying to figure out the steps and post them on TikTok.

The TikTok #WAPChallenge has more than 1.5 billion views on the channel. Famous TikTok stars like Nia Sioux and Addison Rae have also posted versions of themselves doing Esperon’s moves.

Disco Lines Remix of Taylor Swift’s popular 2008 hit Love Story is currently one of the most played songs on TikTok. All thanks to the TikTok user @ethanishung who uploaded a hip-thrusting routine on the track.

The song has been used in more than 6.5 million videos, which speaks for its popularity. The dance trends have evolved from just hip-thrusting to placing the camera on a moving platform, rolling it away from you, and dancing on the track.

Thanks to TikTok, the song Skechers by rapper DripReport is enjoying a major boost and becoming a viral sensation on TikTok.

Pakistani artist DripReport started making these tracks, what he calls “Indian Remixes” of famous songs and sharing them on Instagram. The original video was posted on YouTube and has over 57 million views on the platform.

On the video-sharing platform, the song has been featured in nearly 3 million videos on TikTok. The videos created by the top content creator, Charli D’Amelio and Dixie D’Amelio have earned a combined 59 million views.

The Wipe It Down Challenge is today one of the most popular TikTok trends which have been used by so many influential TikTokers. This challenge is one of TikTok’s 15-second videos that everyone loves to see on the platform.

If you ever wonder what track is the challenge using is then, it is the song called Wipe It Down by BMW Kenny. The song got super-boosted with the help of TikTok’s #wipeitdown.

The challenge features someone looking at a mirror wiping down the mirror and transforming it into another character or other outfit.

The song was released in April 2020 and has spent seven non-consecutive weeks at number 1. The “Rockstar Challenge” consists of a dance choreography that looks like it was made for the song itself.

The challenge made it big on the video-sharing platform and also helped to lay the foundation for the song’s success in the real world.

TikTok’s influence knows absolutely no bounds and many songs went absolutely from zero to the top of the charts with the help of the TikTok platform.

All it takes is your creative interpretation of the song to make it something of your own.  So you should never be afraid to experiment. Try these songs if you haven’t and see the likes and views grow on your TikTok account. 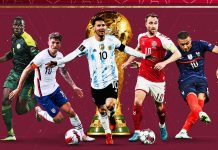 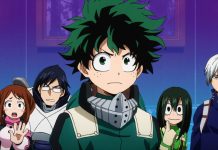 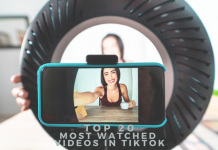 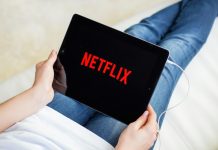 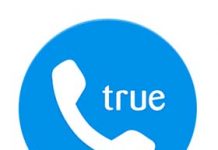 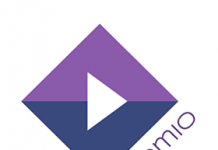